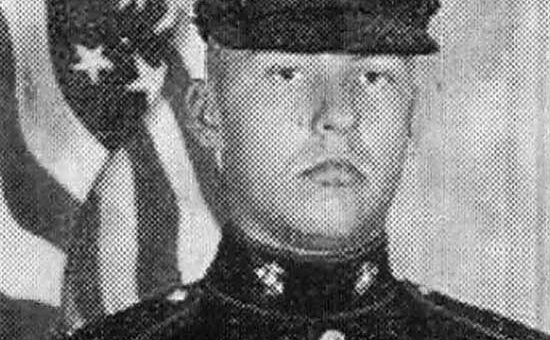 It is with great honor that the Marine Corps League Westchester County Detachment announce the 2021 recipient of the Corporal James Jackowski Marine Memorial Scholarship. On 7 June 2021 during a special Zoom award ceremony, Remington Sandell was presented with the scholarship award and certificate. Remington will be attending Massachusetts Institute of Technology in the fall majoring in chemical engineering

The Marine Memorial scholarships were created to honor the memory of Westchester County Marines who were killed in the bombing of the Marine Barracks in Beirut, Lebanon, 23 October 1983. Each scholarship is a cash award to a student who is pursuing further education in the Engineering or Trades fields. James Jackowski, a John Jay High School alumni, enlisted in the United States Marine Corps, in his service, he was deployed to Beirut Lebanon on a peace keeping mission.  The Marines of the 1st Battalion 8th Marines (Battalion Landing Team – BLT 1/8) of the 2nd Marine Division were in a building, serving as their barracks when a suicide bomber denoted a truck bomb, killing 220 Marines, 18 sailors and 3 soldiers, making this incident the deadliest single-day death toll for the United States Marine Corps since the Battle of Iwo Jima in World War II and the deadliest single-day death toll for the United States Armed Forces since the first day of the Tet Offensive in the Vietnam War. Corporal James Jackowski was one of those 220 Marines and 3 from Westchester County to be killed in this terrorist attack. View the Beirut Memorial Online,