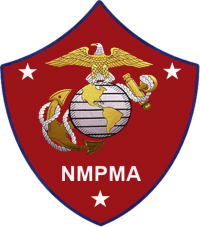 National Montford Point Marine Association, Inc.
Updated: January 21, 2021 5:23 pm | Hits:0  | Category:Montford Point Marines
They are the first African-Americans to enlist in the U.S. Marine Corps after President Franklin Roosevelt issues an Executive Order establishing the Fair Employment Practices Commission in June 1941.  The recruits trained at Camp Montford Point in Jacksonville, NC from August 26, 1942 until the camp was decommissioned on September 9, 1949.  The largest number of black Marines to serve in combat during WW II took part in the seizure of Okinawa, with approximately 2,000 seeing action.

They (Women Marines) don’t have a nickname, and they don’t need one. They get their basic training in a Marine atmosphere, at a Marine Post. They inherit the traditions of the Marines. They are Marines.